Erve Europe enters into Licensing Deal with Crunchyroll for the anime hit My Hero Academia.

Erve Europe has today announced a new multi-year partnership with Crunchyroll to launch branded apparel collections for the European market of the popular anime hit “My Hero Academia.”

The categories Erve Europe will cover, go from head to toe - from t-shirts to hoodies, from beanies to scarfs, from pyjamas to underwear to socks.

Launching in September 2022, the collection will be available for purchase across Benelux, GSA and Poland from supermarkets, to mass market, high street fashion retail and department stores.

“Our team is very excited”, explains Eva Van Loon, designer at Erve Europe and die-hard My Hero Academia fan. “Our design team cannot wait to work with the amazing style guides and see our products in stores soon.”

Nick Dierickx, License Manager EMEA at Erve Europe, added: "My Hero Academia is one of our latest top additions to our portfolio. The anime hype is booming, we’re ready to serve quality merchandise to the fans."

Erve Europe is a European leader in character licences, gaming licences and brands. We produce branded fashion and apparel featuring TV, film, cartoon and video game heroes. As part of Erve Group, we have eight offices across three continents, and we control the supply chain between raw materials and stores. Starting with our in-house design team and portfolio of licences, we source, produce, pack and transport collections at the request of major fashion retailers. With more than 35 years in the industry, our dynamic team values growth, transparency and customer focus. Our exceptional quality and sustainable practices have earned us a reputation for excellence. The head office and showroom are located near Brussels, the heart of Europe. 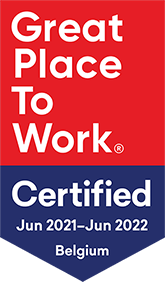